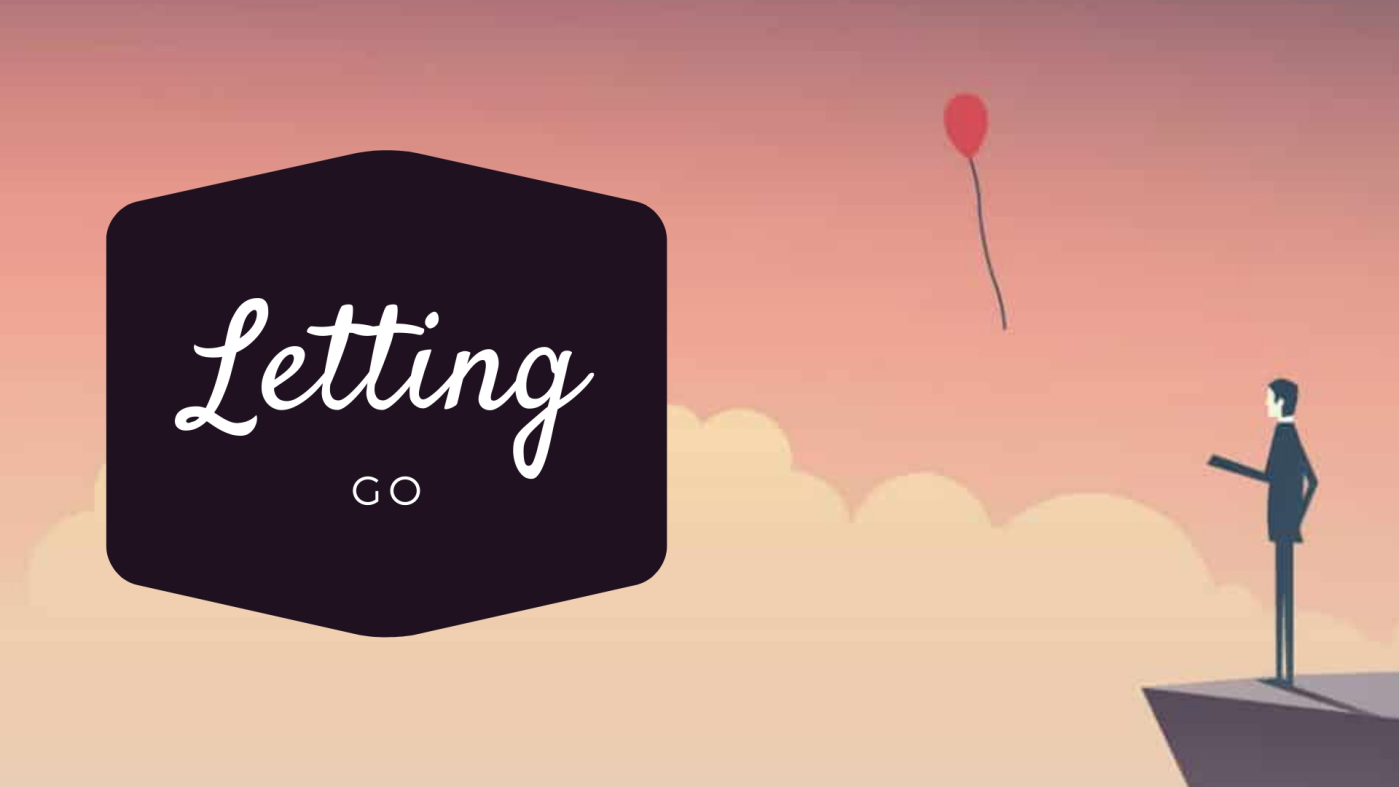 All my life, I have always been an ardent admirer of beautiful oil guzzling machines, the ones that are capable of being revved up to insane RPMs and, at the same time, are fastidiously crafted to perfection. It’s amazing what such a machine could do to you…a subtle nudge in the right direction and the orphic beast comes roaring to life, pushing you with such alacrity and bestowing you with the sheer pleasure of experiencing your adrenaline peak. A feeling, which, in my opinion, is second to none.

It’s rather funny how a machine can teach you so much about life. Though I can’t vouch for everyone, It did teach me plenty. Be it a swanky two wheeled surprise or a full-blown four-wheeled brute; they have taught me the importance of fear, the need for hope, the essence of believing in oneself, and above all, the art of moving on…

It goes unsaid that I have a special place and a special connection with these man-made beasts, and it’s that ‘special place’ which kept pushing me to explore their limits. There was this connection, which assured me that I am in safe hands. What started as exploring the car’s limit, gradually shifted to ‘exploring my limits.’ Close shaves at high speeds, revving up on blind curves, burnouts in narrow streets, drifting on highways and above all those beautiful bumper to bumper kisses!! All those experiences did give me a rush back then, and it sure did freak me out, but at the same time, it made me realize that there is someone up there watching over me and all  I had to do was believe in myself and keep pushing the paddle and watch the world go by….

Like all good times, mine too came to an end, and I ain’t complaining one bit. Thanks to my unfortunate wreck, which was on a bike, I now have a priceless chimera of wisdom imparted by carefully cached experiences. My most priced learning has and will always be the art of,

One such experience which I had earlier on and I just can never forget is…..

Evening, around 4ish. I was on my way to a Mandir at R.K.Puram, Malai Mandir, as they call it a commemorative temple honoring the mighty Hindu god Kartikeya also known as Murugan, “The Son of Shiva.” Being a fervent admirer of Indian mythology and emotionally positioned to believe in them, it was more than difficult for me to resist visiting such places of worship and solace. The fact that it was just a couple of kilometers from my place of residence made that visit all the more desirable.

I was in a military vehicle, riding shotgun with my windows rolled down, enjoying the cold winter draft, and a pleasant chit chat with the driver. We must have taken around about 20 minutes to reach the busy street, the one bang adjacent to that beautiful Mandir. Desperately looking for an excellent spot to park our vehicle, we decided to get through the busy street, but to our horror, with every passing meter, the road kept getting narrower and people kept adding up by the dozen. One hundred meters further down the street and voila!! We came to a standstill. The white Q5 in front of me refused to budge while the auto-rickshaw behind me honked frantically. The jaywalkers around were busy parkouring their way out as the bikers were left restless, staring at us, making me wonder if we were to be blamed for all this mess.

Amidst all that clutter, I saw a gentleman, maybe in his early sixties, walking towards me with revulsion written all over his face. |Bugger walked pretty fast for a sixty-year-old lad| Moments later he stood right in front of the bumper, resting his hands on the bonnet, eyeballing me and shouting at the top of his voice. He probably mistook me for an army officer and started cussing me like crazy. He, for sure, felt that I was responsible for the traffic jam, and I probably did that by exploiting the power vested in me by the Indian government! It was appalling to see such a public display of annoyance, and it did its bit. It left me seething from within, with clenched fists, but only to stare down at my legs and realize that I couldn’t do a thing about it. Quite honestly, in all that frustration, I felt like ‘Spike’ the dog in Tom & Jerry show, being toyed around by Tom.

As fate would have it, I decided to keep quiet, though I did cuss him in my mind and imagined how I would have schooled him if I was my old self and could just walk once again. While I was busy imagining all of it, there was this subtle and intermittent voice in my head that kept talking to me and told me, “Sonny, if you could walk, you would never be here in the first place. So shut the fuck up and let it go”. Two minutes into a conversation with my sub-conscious and I was overwhelmed with philosophical mumbo jumbo. I paused, planted a wide smirk on my face, and said to myself, “Yes, you are right. Maybe you had to experience this agony and humiliation only to learn how to overcome it and to be better prepared for the uglier stuff that is yet to come.”

All that while when I was busy thinking in my castle of illusions, my driver managed to steer us out of the crazy traffic and found us a perfect spot to park ourselves. He ensured, there is ample space for my wheelchair to be positioned so that I could transfer with ease. Soon enough, I was in the wheelchair with my legs strapped and anti-tippers on. I wasn’t angry anymore and was happily wheeling myself towards the temple’s gate. I entered the gate and passed by the security section, which led to the main compound. A subtle nudge and the gravity helped me ease my way down the ramp, only to witness the horror of seeing a flight of stairs (At least a couple hundred) all the way up to the main chambers where the almighty Kartikeya’s idol rests.

Short of options, I parked myself in the main compound and enjoyed the twilight time with loud hymns being echoed by the masses. One thing was crystal clear,

Faith or No Faith; Religion or No Religion; Theism or Atheism; One just can’t negate the positively charged aura in any place of worship!  (Pagans – You Included!)

I was at peace, with my eyes closed, and my prayer in place. That’s when I felt the tap on my shoulder. It was the same gentleman who had riled me a few minutes ago. I was confused because the contours of his face had changed, they were no longer synonymous with revulsion, and his eyes were moist. I couldn’t believe it. I saw Guilt written all over his face, but I didn’t know why. What followed next was not only weird but enlightening too. The gentleman was on his knees, begging for forgiveness, making it yet again a very public affair!! It goes unsaid that it made me feel very awkward and borderline embarrassed, and all I could say was, “It’s okay, sir.”

The gentleman left, weeping, but with a smile and assurance that all is forgiven. That is when it struck me that a short-tempered person like me who was seething with anger and rage could suddenly transform into a person who believed in humility and forgiveness. Though it was forced upon me, it did make me question myself. What if I had chosen to react? Things would have gotten ugly, and I would have massaged my false pride by man-handling an older person. Making it an experience that I am glad I never had.

Someday everything will make perfect sense. So for now, laugh at the confusion, smile through the tears, be strong and keep reminding yourself that everything happens for a reason.

My question to myself was, How long does it take to get over it? A question which only makes sense when you are really looking for an answer…because if you aren’t, then you have already gotten over it. Life by large is a series of effect and cause which we keep unraveling on a daily basis. At times the sequence of events just doesn’t make sense, and one could end up feeling frustrated, cheated, denied, victimized, lonely, or even lost.

One needs an answer to be at ease, and for this, the wiser of the lot seek solace in faith, religion; intimate relationships; karma; optimism, and so on so forth. Finding such anchors often takes time but is always triggered by that one conscious decision to let go and see the other positives anchors that help you add value to your life and make the most of it.

It’s an amalgamation of faith, empathy, bonds of love with my folks, and the hunger for achieving my innermost desires. They help me stay grounded and keep marching ahead unabashedly.

Are you looking for..